Ian ‘Dicko’ Dickson worked in the record industry for 20 years. He was born in Birmingham, the UK’s second city in 1963, the son of two factory workers from the motor industry. Before his years as the straight talking judge on Australian Idol, Dicko worked inside iconic labels like Creation Records, Sony, A&M and BMG. During his time, Dicko has worked with big acts such as Ozzy Osbourne, Celine Dion, U.N.C.L.E., Primal Scream, and as Head of International at BMG UK he worked on the career development of such artists as Jamiroqui, Westlife, Natalie Imbruglia and Pearl Jam.

Dicko moved himself, his partner Mel and their two daughters, Edie and Esme, to Sydney, Australia, to take up a position of General Manager of marketing for BMG Australia in 2001. Shortly after, Dicko was cast as the ‘bastard judge’ on Australian Idol on Network Ten in 2003. The show was an immediate hit, braking Australian broadcast records and winning many awards. It was at this time that Dicko decided to leave the record industry after 20 years.

Following two record rating series of Australian Idol, Dicko shocked everyone by defecting to Australian Idol’s rival TV network – the Seven Network. In his two years there, Dicko hosted Celebrity Survivor Vanuatu and My Restaurant Rules. He has the most fun however, and wowed audiences with his antics, as a contestant on Dancing With The Stars.

In 2007, his love of music and discovering new talent saw Dicko return to Australian Idol as a judge for three more seasons, as well as venturing to the US to be a judge on The Next Great American Band, produced by Fremantle Media and 19 Entertainment for the US Fox Network. Dicko also signed a deal with dmg Vega 91.5 alongside Chrissie Swan and Dave O’Neill as part of their breakfast lineup, the Dicko, Dave & Chrissie Show in 2008, before Dicko and Dave O’Neill teamed up again for the Dicko & Dave Show in 2010.

Can Of Worms, Dicko and David Wilson’s pet project, was greenlit by Network Ten and went to air in 2011 with Dicko as host. The show was co-produced by Andrew Denton and his company, Zapruder’s Other Films. The series proved immensely popular and will return in 2012 with Dicko resuming his duties as co-creator.

Dicko had a big start to 2012 as he was invited to participate as a contestant on the second series of the Nine Network’s The Celebrity Apprentice alongside such personalities as David Hasselhoff, Pattie Newtown and Charlotte Dawson. It was here that Dicko demonstrated his warmth, strength and determination and was ultimately crowned the winner of The Celebrity Apprentice 2012. 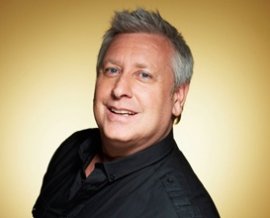