Possibly best known for his TV show Bondi Vet, which started in 2009, Chris is part of the very popular team on Channel 10’s entertaining lifestyle show The Living Room and also a frequent guest panelist on The Project.

Brown has also been a host of Channel 10’s reality show, I’m A Celebrity Get Me Out Of Here. The show is based on the highly popular UK series, I’m A Celebrity, and the premise is to send 10 well-known celebrities to the South African jungle to compete in challenges to remain on the program and raise money for their favourite charity.

A very keen surfer, Brown has shown he is able to tend to all creatures great and small from the tiniest of family pets to the largest animals in their natural environments. His understanding of animals is very much intuitive as it is trained, growing up in Newcastle where his dad was the local vet ensured he was frequently surrounded by animals. But it was the sudden deterioration of his much-loved dog and best friend, ‘Claude’, that persuaded him he should follow in his dad’s footsteps and become a veterinarian.

After graduating from Sydney Uni with 1st Class Honours, Chris worked in a vet clinic in Sydney but even with a very busy schedule, he still found time to go to isolated Aboriginal communities in NT and Qld to help to improve the health and well-being of the animals there that had never ever been treated by a vet. Chris still frequently makes visits and conducts research in these far-flung parts of Australia which significantly improves the health of the many animals along with the local Aboriginal population who are able to catch diseases and illnesses from their animals.

Chris’ 1st book, The Family Guide to Pets, was released in 2005 and sold more than 25,000 copies; it was written to assist people to make the correct decision before choosing a pet; while also showing them how to have some fun in the process. His 2nd book, Tales from a Bondi Vet, was also recently released He is also a popular columnist for Australia’s number 1 weekly magazine Woman’s Day.

Despite his very busy schedule, Chris Brown remains true to his love of being a vet, still practicing as a vet in beautiful Bondi. 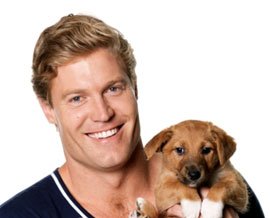