One of the Australia’s most listened to radio announcers.

Since her departure in 2008, Charli moved into mainstream media and has been seen on many television shows around the country including, “Getaway”, “Spicks and “Specks”, “Backyard Blitz”and “Good News Week”.  Robinson was a finalist on “Dancing with the Stars” and a judge on “Battle of the Choirs”on the Seven Network.

Robinson has transitioned to radio and is heard daily on the hilarious SeaFM breakfast show alongside Galey and Matt on the Gold Coast.  Charli also continues to expand her repertoire and reports on Hoopla across the Today Network’s 40 radio stations.  Every weekday Charli hosts three television updates on Southern Cross Ten, One and Eleven.  Charli is one of Australia’s favourite media presenters and radio personalities. 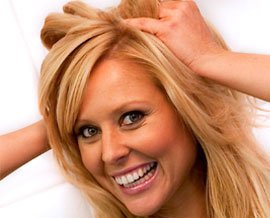