With an exuberant personality, Ash is passionate about all things food

Known for her exuberant personality, incredible culinary skills and big hair, Ash Pollard is a passionate individual whose love of cooking made her a household name.

Pairing up with her friend Camilla, the duo starred in the 2015 of reality cooking program ‘My Kitchen Rules’. They were one of the most popular and controversial contestants and ultimately came fourth after reaching the semi-finals.

In the same year, Ash joined Jarryd Byrne on ‘Dancing with the Stars’ where they came third. With a powerful and fun personality, Ash was popular with Australian audiences and she was invited to co-host the Seven Network’s ‘New Year’s Eve Special’. She also appeared in the 2017 season of Network Ten’s ‘I’m A Celebrity, Get Me Out Of Here’.

Having previously studied acting and performed as both a singer and dancer, Ash’s passion for all things performing, and television comes as no surprise.

Ash’s voice can be heard on Sea FM as host of breakfast show ‘Get Up with Gawndy and Ash Pollard’. The show has since become the number one rated breakfast show and earnt Ash a nomination at the Australian Commercial Radio Awards for ‘Best Newcomer On-Air’.

Aside from radio, Ash also hosts her own food program ‘Foodie Adventures with Ash Pollard’ which takes audiences across the globe to explore regions and food.

With a determined mindset and vibrant personality, Ash has an uncanny ability to capture and audiences attention and is an impressive addition to any event. 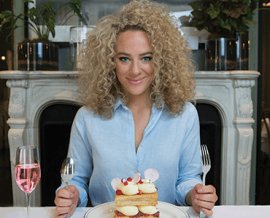