News and weather presenter for the Nine Network

Amber Sherlock is a journalist for the Nine Network, presenting the news and weather in Sydney alongside Peter Overton and Ken Sutcliffe. She is a fantastic MC or host for any event, bring her energetic and bubbly personality along.

Joining the Nine Network in 2007 as a business presenter, she quickly became a favourite amongst audiences and held an assortment of other roles including reading the Nine Morning News, Nine Afternoon News, Nine News Now and News Presenter on the weekend Today show.

Having been a journalist for over 14 years, Amber has been seen across multiple television station working for a large amount of news broadcasters including Network Ten, Seven Network and Sky News.

Amber has hosted the news and current affairs program ‘State Focus’ for Southern Cross Ten in Canberra. She has also worked as a finance journalist for ABN AMRO Mellon in London and Commsec in Sydney.

Passionate about educating audience and delivering reliable news, Amber Sherlock will engage with her audience and ensure your event is memorable and enjoyable for everyone. 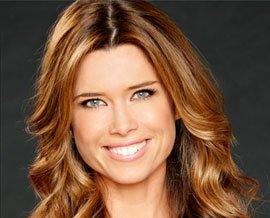