Alannah Hill is a well-known and respected fashion designer across the globe. Her feminine and bold designs has seen her brand become known and highly regarded.

Growing up in Tasmania, Alannah worked in the family's milkbar/service station before running away to Melbourne, arriving in 1980. Reinventing herself , she had a strong sense of creativity and desired to dress girls up with humour and charm.

Alannah worked as the in-house designer of Indigo, a hip Chapel Street boutique, where she remained for sixteen years. During that time, she built a loyal customer following and in 1989, Indigo began selling Alannah's designs which soon spread throughout Australia, New Zealand and Singapore, before they parted ways in 1995.

With a rebellious style and a unique sense of creativity, it wasn't long before she was noticed by directors, including Richard Lowenstein. Alannah appeared in the director's cult movie 'Dogs in Space' and worked with him on the documentary U2/ When Love Comes To Town as a Love Researcher Interviewer. She went on to style large video clips, including those for INXS, Crowed House and Dannii Minogue.

In 2013, after working with Factory X for eighteen years, it surprised many of her loyal fans when Alannah revealed she was leaving her role as Creative Director/Founder of Alannah Hill.

In 2018, Alannah wrote a beautiful memoir titled 'Butterfly on a Pin', which details her journey through her life. 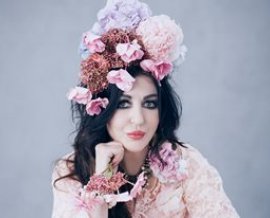