One of Australia's favourite stars

Ada Nicodemou is best known for her role as Leah Patterson on Home and Away.  As one of Australia’s favourite stars, Ada has worked on Australian television for over 20 years.

Ada commenced her career on Heartbreak High which led to Police Rescue and then a lead in Breakers.  Nicodemou then joined the cast of Home and Away in 2000.  Ada hosted Please Marry My Boy and has appeared regularly on Sydney Weekender.

Nicodemou appeared in The Matrix with Keanu Reeves and also had a role in the American television show Beast masters. So far in her career, Ada has won five Logie Awards including the coveted Gold. In 2005, Ada stole the show on Dancing With The Stars and won the coveted trophy. She was also awarded the 2006 Inside Soap Award for “Best Australian Actress”.

Ada has been ambassador for PixiFoto Foundation, raising funds for a program to prevent childhood blindness in Africa.  Ada is also an ambassador for the Breast Cancer Foundation and a charity that supports children with Duchenne Muscular Dystrophy. 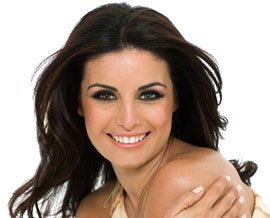