The public face of brand marketing and advertising in Australia

Known as the face of brand marketing and advertising, Russel Howcroft is known for his appearances on ABC’s program ‘The Gruen Transfer’.

Recently, Russell joined Network Ten as one of the companies most senior executives. Previously, he has worked as the Chief Executive Officer Australia/ New Zealand at Young & Rubicam Brands.

Discovering his love for marketing during his work experience, Russel has since built his career on all things advertising, marketing and promoting.

During his 20’s, Russel spent five years in London, working for Lowe Howard-Spink, one of Britain's top creative agencies. It was here that Russel worked on Heineken beer, developing one of Britain’s best ad campaigns. 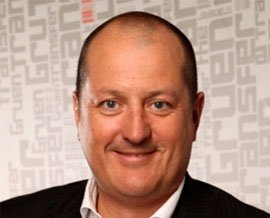