Founder and Executive Strategy Director of The General Store

Matt Newell is the founder and Executive Strategy Director of The General Store, a company that specialises in retail strategy and innovation. Career highlights include working on the highly regarded reinvention of the Supercheap Auto business in 2005 – 2008 and the creation of BCF (Boating Camping Fishing), a category killer concept that went from $0 – $200 million in two years. Matt also led the brand strategy development for Rebel Group, worked on major product launches for BMW Australia and developed the strategy for Hungry Jack’s store of the future.

In 2012, Matt won one of the highest awards for Marketing Excellence in Australia, ‘Best Brand Revitalisation Award’ from the Australian Marketing Institute, for his work repositioning the industrial services brand Coates Hire (other finalists were Virgin Australia, Cricket Australia and The Sydney Opera House). In 2013, Matt and his team won one of the world’s highest awards for retail innovation, ‘Best Store Design in the World’ at the World Retail Awards in Paris, for his work with women’s shoe brand, Shoes of Prey (other finalists were the Karl Lagerfeld concept store in Paris and the Puma flagship in Osaka).

In 2014, The General Store was shortlisted at the same award show, placing their work in the top five globally two years in a row. In 2015, The General Store was awarded ‘Best Emerging Agency’ at the Adnews Agency of the Year Awards. Matt sits on the advisory board for the Masters of Marketing program at Swinburne University and he appears frequently as a speaker on retail strategy and innovation.

Irrational Retail & The Science Of Buying

This interactive session demonstrates how the brain functions during the decision-making process and offers new ways of creating (seemingly) irrational levels of brand loyalty.

The keynote begins with examples of world-class retail from around the globe that demonstrate exceptional levels of demand. These examples help interrogate the decision-making process and highlight the limitations of conventional marketing methodologies.

Next, the session explores the biology of decision-making through a range of live demonstrations that bring to life some of the latest findings from the world of neuro-science.

From this, participants will gain insights into: 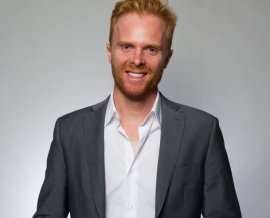