As a singer, presenter, actor and media personality, Rob Mills is a born entertainer.

In 2013, Rob stared as Warner Huntington III in Legally Blonde The Musical, as well as landed the lead role of Danny in Grease. If that wasn’t enough, Rob also took part in Channel Nine’s 2013 season of Celebrity Apprentice.

After studying Music and Drama in high school, Rob fell in love with the art, and continued to hone his skills. In 2003, he came to Australia’s attention when he was a finalist on the first series of Australian Idol.

Rob toured the nation after the competition, before being signed to his first record label. He soon released his first single which reached Gold status on the Australian charts. His debut album Up All Night was released in June 2004.

An avid actor of both stage and screen, Rob has appeared in an array of shows, including Winners & Losers, Underbelly, Grease, Into The Woods and Ghost.

Rob is a passionate mentor, working to help others in their quest for stardom. He is also a proud ambassador for ACMF, the McGrath Foundation and Reach. 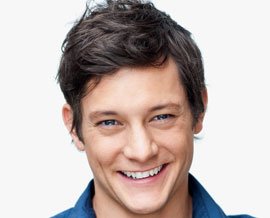