A comedy stage hypnotist creating stars out of audience members

With a focus on the power of mind, Isaac uses comedy and hypnotism hand-in-hand, and has performed his routines across the globe.

In 2010, Isaac became a Certified Clinical Hypnotherapist, Master of Neuro-Linguistic Programming and Master of Time Dynamics. A year later was when he began performing professionally, combing these learned skills with his natural stage flair.

Isaac uses his platform to highlight the power of the human mind, using it as a lesson in communication and goal setting for all. 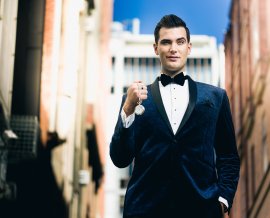