Motivational speaker who engages comedy to tell an inspirational story

After trying heroin for the first time in 1982, Greg Fleet was able to combine building a career in comedy with a downward spiral into addiction.  Working successfully as a comic, writer broadcaster, host and actor Fleet continuosly waged an internal battle for his soul.

From NIDA to Neighbours, Greg continued to achieve in his professional life, whilst near death experiences, shared needles and downing his demons with ice and cocaine consumed his personal life.

These Things Happen is a ‘no holds barred’ autobiographical account of Fleet’s descent into addiction alongside his rise in the ranks of comedy, acting and broadcasting.

He will inspire an audience with laughter, candour and his own embarrassing and emotional roller coaster ride of life.

Fleet has also written, produced and starred in his own journey, “This is not a Love Song”. 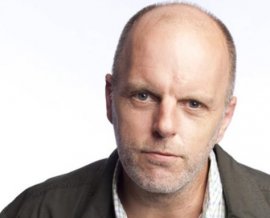