Intriguing audiences with his skills as a magician and comedian

Described as a ‘double whammy’, Brad Manuel’s motivational presentations combine the use of interactive verbal and visual comedy. He utilises his skills both as a magician and a comedian to intrigue audiences and leave them with an unquenchable thirst for curiosity.

He conducts magic shows across the globe with magical tricks that engage audience and leave them wondering ‘How did he do that?’. His tricks include pulling 4 cocktail glasses from his shoe filled with liquid and allowing audience members to drink them as well as borrowing a credit card for an EFTPOS transaction before blowing it up and making it reappear in a sealed jar of peanut butter.

Having a repertoire of several shows allows Manuel to adapt his presentations to suit any occasion or business background, from corporate stand-up shows to comedy club shows as well as MC and event hosting skills.

His name is associated with the invention and creation of best-selling magic tricks and routines that world-renowned magicians perform, and products that best-known magic suppliers stock. Brad also holds the unique title of unofficial world record holder for dice stacking. A feat of skill which requires individuals to stack dice inside an upturned cup, of which he has stacked up 25.

Brad Manual is an entertaining presenter who uses comedy to ensure audiences remember his presentations and can recall his important topics. His topics include the idea that nothing is impossible unless individuals make it impossible, overcoming adversity, achieving goals, the importance of workplace health and safety, choices and persistence as well as inspiration and motivation.  He is a versatile host who has lectured and presented his unique material in several countries. 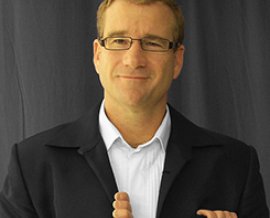