A true authority on trust in business

As former Vice President of Enron Corporation, Sherron Watkins is passionate about truth, trust and courage. Sherron was known as a whistle-blower, alerting Enron’s CEO to accounting irregularities within the company. She testified before Congressional Committees from both House and State against her former colleagues.

In 1993, Sherron joined Enron. She held many positions during her time at the corporation, including the portfolio management position for over three years.

In 2002, after testifying against Enron, Sherron was named joint ‘Person of the Year’, commended for doing her job right and ethically.

Sherron has co-authored her story, publishing her book ‘Power Failure, the Inside Story of the Collapse of Enron’ in 2003.

Currently, Sherron lectures and speaks across the globe on the subject of Enron, as well as trust, business and courage. 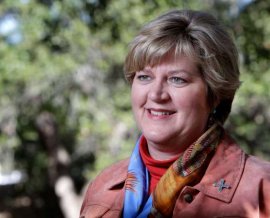