Previously working as the Executive Director of UN Women Australia for close to a decade, Julie McKay has worked tirelessly to advance gender equality and women’s empowerment globally. She has previously served as the Gender Advisor to the Chief of the Australian Defence Force, where she supported the cultural change program within the ADF.

Julie runs a private consulting business, where she has worked with an array of companies, including PwC, Autopia, the QLD Public Service, Department of Foreign Affairs and Trade and Aurizon.

Currently convening the QLD Male Champions of Change, Julie has spent over a decade leading QLD based CEOs to advance gender equality in typically male dominated fields. She is also Chair of the Women’s College Council of the University of Sydney, as well as previously holding numerous board positions in the not-for-profit sector.

Julie’s education includes a Masters in Public Policy from ANU, an Executive MBA from the University of Sydney and recently completed a Churchill Fellowship in the area of women’s leadership.

For her leadership and cultural changes, Julie has been awarded several recognitions, including the 2013 Young Australian of the Year, 2012 Young Telstra Young Business Woman of the Year and the National Award for Excellence in Women’s Leadership. 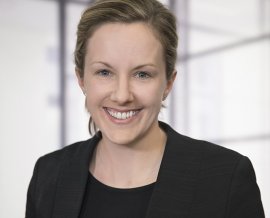