Passionate about trust and transparency

Gina Miller is a prominent businesswoman, a passionate philanthropist and conscious capitalist who has funded as well as facilitated reports on modern day slavery, social justice and the charity sector. Gina is the co-founder of SCM Direct - a disruptive digital wealth management company based on 100% transparency, low cost and investing with ethics.

Gina has received many accolades in recognition of her campaigning and business achievements, including, The Most Influential Black Person in the UK 2017 and Campaigner of the Year 2017 - Political Studies Association. 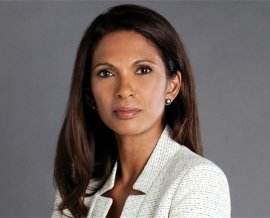