Gai Waterhouse’s name is synonymous for horse racing. Her passion for the sport, endless energy and thirst for success has seen her become an icon within the horse racing industry.

In early 1992, Gai was given a training licence by the Australian Jockey Club. Within months she trained a winner and in the same year she had a featured winner in Moods in the Godsford Cup.

Over two decades of training, Gai has broken records and created some of her own, including being the Premier Trainer in Sydney seven times.

Throughout her career, she has trained 118 Group One winners, totalling 339 Group winners and closing in on 2,500 career wins. She has trained winners that have a cumulative prize money of $157 million dollars.

In 2007, Gai joined her father by being appointed into the Australian Racing Hall of Fame.

Her greatest compliment for her successful work was when the Queen asked her to train her galloper Carlton House from Tulloch Lodge at Randwick.

Achieving greatness in a male-dominated sport speaks highly of Gai’s extensive work and passion. She has become an Australian sporting icon and continues to accomplish excellence.

Speaking truthfully and openly about her experiences, Gai Waterhouse is a phenomenal speaker who will suit any event. Her topics include the importance of hard work, not giving up and women in business. 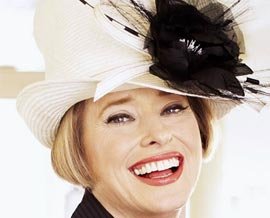