As Australia’s longest serving Sex Discrimination Commissioner (2007-2015), Elizabeth worked tirelessly to break down structural and social barriers faced by women and men, and to promote gender equality. She is a globally acknowledged leader, social innovator and advocate.

She founded and convenes the ‘Male Champions of Change’ strategy activating influential men to take action on gender equality. She has led 13 major cultural reviews into Australia’s leading national institutions including the Australian Defence Force.

In 2017, Elizabeth was appointed by the United Nations in Geneva as a Special Rapporteur and Independent Expert.  She is currently Chair-Rapporteur of the UN Working Group on Discrimination against Women and Girls.

In 2016, Elizabeth was appointed an Officer of the Order of Australia and was named 2016 NSW Australian of the Year.

Elizabeth Broderick’s Keynote Speaking is exclusively managed by Keynote Entertainment. Please call 1300 661 904 to enquire about Elizabeth as a speaker at your next event. 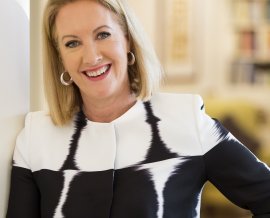