Michael Kasprowicz is a former Australian Test cricketer and a Director on the Board of Cricket Australia. With an eye for international trade and a natural talent for business, he is an active member of the Australian India Business Council and the founder and director of the consultancy firm Venture India.

Michael draws on his elite sport and business backgrounds to speak with clarity and insight about the parallels between business and elite sport. His views on teamwork, communication, perseverance, discipline, respect, ownership, and even the way you package yourself up as a ‘product’ – are invaluable messages that he delivers to his audiences.

Michael Kasprowicz is one of Australia’s most enduring and popular professional sportsmen. His record breaking 19 season first class cricket career is not best defined by the number of Tests played or wickets taken, but rather his perseverance and longevity, and even his off field demeanour. Over 10 seasons, Michael was recalled to the Australian side no fewer than 12 times – his determination and ability to prove himself regularly outweighing the selectors’ preparedness to write him off.

But if one quality defines Michael Kasprowicz, it’s the contribution he makes to his team environment – be it at national, state or even club level. The good of the team comes before the good of the individual, every time. Michael generously shares the vast lessons he has learned from playing cricket at the highest level, in the team more successful than any other in history of the game with business people around the country.

Michael has been an active member of the Australian India Business Council since 2006. He is the founder and director of Venture India – a consultancy firm that facilitates Australian and Indian business relationships through specialised projects, integrated solutions and strategic advice with a focus on education, agriculture and mining, energy and resources. He is also an Advisory Council member of Opportunity International, a not for profit charity that partners with micro-finance charities in India and South East Asia.

Michael completed an MBA at the University of Queensland and has completed a residential Australian Institute of Company Directors course. He has worked with a number of well known advisory firms in developing their sport advisory practices and is the Chairman of Sportcor, a sports technology company. Michael has also worked in media with Channel 10 and Triple M. He is an Ambassador for the City of Brisbane.

Michael Kasprowicz combines his experiences as an athlete, director and administrator of one of Australia’s largest sports to bring a truly unique perspective to the challenges both sporting and non-sporting organisations. 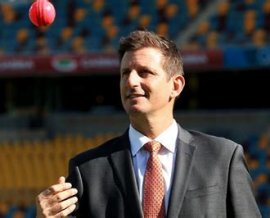