Warren Tredrea is one of the AFL’s most decorated players and a professional MC and public speaker.

Warren made his debut for the Port Adelaide Magpies in 1996, which was a very successful year for him; a premiership medallion and two goals in Port’s grand final victory over Central District. Warren subsequently went on to be Port’s leading goalkicker in the succeeding five seasons.

The 1999 season saw Warren finish as leading goalkicker and Port Adelaide make the finals for the first time in their AFL history. Warren led Port to their first premiership in 2004; in that same year, he started the season with six goals in their win over Essendon in Round One, and ended the season with his fourth All-Australian centre half-forward guernsey, the the All-Australian vice captaincy, his second John Cahill Media as Port’s Best and Fairest player, the AFL Coaches’ Association Most Valuable Player award, and the Showdown Medal.

Warren took over the captaincy role, full-time, for the 2006 season but endured a serious knee injury, returning to the game in 2007. He captained the team again in 2008, eventually ending his year due to injury, yet his admirable performances were admired by fans and competitors alike.

Warren kicked his 500th goal in 2009, winning his fourth John Cahill Medal as Port Adelaide’s Best and Fairest Player before his retirement in 2010.

Warren was deservedly inducted into the Australian Football Hall of Fame in 2014.

Tredrea has also been a regular radio commentator on 1395AM FiveAA Radio with Rowey and Bicks, and for “FiveAA Footy” in the “Expert Comments Role” as part of FiveAA’s extensive AFL coverage. 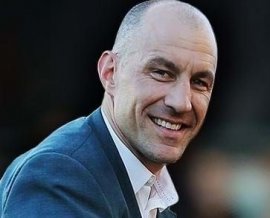