Roger Rasheed hit his first tennis ball at 10 and decided he liked the game as much as Australian Rules Football, a sport in which he excelled at as a junior player, both on the local and national scene.

At the age of 15 Rasheed went to the USA to hone his skills at the John Newcombe Tennis Ranch in Texas, and at age 16 he became the youngest player to qualify for the Australian Open. Interestingly, the man he would later go on to coach, Lleyton Hewitt, would be the man to take that title some 10 years later.

Roger’s career as a professional tour player was spasmodic as he had to deal with a serious back injury, from an early age. He ranked in the top 100 in doubles and top 200 in singles, before the injury finally ended his career in January 1993.

This then gave Roger the chance to venture into several different areas, the fitness industry, the media and tennis coaching at the elite level, which is his true passion.

Roger established a fitness operation as part of a franchise throughout South Australia. He played top level football in South Australia, playing for SANFL club Sturt. He also began forging a career in the media, hosting a sports show on radio FIVEaa and taking that internationally with special comment duties with BBC Radio.

Coaching the elite eventually took Roger to the position of coaching Australian tennis champion Lleyton Hewitt in 2003. The pair combined to become a fierce team on the ATP Tour and in their time together, they recorded the most consistent grand slam record other than Roger Federer. During his coaching appointment Lleyton rose from a ranking of 19 to number 2, made two Grand slam finals and won 9 titles. Roger resigned from this position in January 2007.

Roger was also the Davis Cup coach in 06 for the semi finals against Argentina in Argentina.

Roger is highly regarded on the international tennis scene for his preparation of players, particularly leading up to and during major grand slam events. He is also widely known for his infectious personality and ability to motivate athletes and individuals.

Most recently Roger has been seen nationally as a commentator on Channel 7’s tennis coverage of the Australian Open. Rasheed looked as comfortable in that role, as he has in previous media, fitness and coaching roles.

“For me Roger changed the way I approached the game of tennis. Roger showed me what I needed to do off the court as well as on the court. Whenever I stepped out for a match I felt I was physically and mentally prepared and with Roger I achieved my highest career ranking and was able to beat some of the best players in the world. Thank you Roger.”

“I really enjoyed every minute I spent with Roger. I love his company. He’s a great guy to have around and he’s really been a pleasure to work with. He’s worked harder than any other coach that I’ve ever trained with. I think quite often we both have the same ideas going through our minds when we’re out there. We speak a lot off the court about what I’m feeling on the court and it’s really paid off well.” 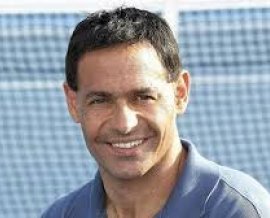