Who’s the only rugby league person whose trophy cabinet boasts both a Dally M player-of-the-year and Dally M coach-of-the-year award?

It was the Canberra Raiders’ Ricky Stuart who claimed the exclusive double in 2016 when his re-built and re-energised Green Machine went within one game of qualifying for the NRL grand final. The previous year the Raiders failed to make the top eight, making Stuart the unanimous choice to be handed the NRL coaching crown in 2016.

As a player, Ricky Stuart was an absolute champion, whose credentials are automatically tabled whenever the names of rugby league’s great players come up for discussion.

He claimed his other half of the magical Dally M double back in 1993, when he was named Dally M player-of-the-year, the same year he won yet another prestigious award, the Rothmans Medal, to join his Clive Churchill Medal in a winning Raiders grand final team in 1990.

If there’s one word, more than any other, that precisely sums up one of the Canberra Raiders’ favourite sons it’s passion.

It was his signature weapon that marked his playing career as a three times grand final winner with the Raiders, a four series State of Origin winner with the NSW Blues and two Kangaroo tour Ashes triumphs. This passion has rolled on to his coaching career, starting with an NRL premiership in his first season as a head coach with the Sydney Roosters, followed by a State of Origin series win and a successful stint as Australian Kangaroos coach.

Away from the game, it was his passion to establish a foundation in his name to draw awareness to autism that has become another triumph in Ricky Stuart’s life. The Ricky Stuart Foundation, established in 2011, creates end solutions for patients and carers of those touched by autism. Through its fund-raising activities, the state-of-the-art Ricky Stuart House respite facility opened in Canberra in 2016 and a second facility, named in honour of Ricky’s daughter Emma Ruby, is scheduled to open in 2018. 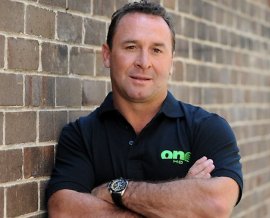