One of only two Australian women to win Olympic gold medals at three separate Olympic Games.

Rechelle is one of the most decorated female hockey players in Australia, while during her Captaincy tenure of 1993-2000 the Hockeyroos lost only one international tournament.

At the Sydney 2000 Olympic Games Rechelle was given the rare honour of reading the Olympic Athletes Oath on behalf of all other athletes competing at the Games. Rechelle and the Hockeyroos played a faultless Sydney 2000 Olympic campaign, winning Gold and firmly establishing the team as the greatest women’s hockey team in the sports history.

A powerful and inspiring speaker Rechelle talks about the importance of teamwork and the need to remain focused to overcome hurdles and stay on the road to success. She provides inspiration and motivation to people from all walks of life through speeches and workshops on leadership, goal setting, teamwork and success. Her message has received commendations from the highest level of business. 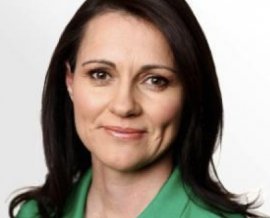