Dual-code international Mat Rogers was both a prominent figure in rugby league and union, the son of legendary Cronulla centre Steve Rogers ultimately surpassed his father’s record as the greatest point-scorer in club’s history before leaving the code to play rugby union.  After a stella career representing Queensland, the Kanagaroo’s and the Wallabies, Rogers finished his career back where it all started, in the NRL with the Gold Coast Titans retiring in 2011.

A family man, Rogers spends his time on continually developing 4 ASD Kids, a charity founded by himself and his wife Chloe Maxwell that simply raises money to sponsor kids affected by Autism Spectrum Disorders into programmes.

Mat is a talented corporate speaker and very capable MC.  He has been able to balance how he engages at certain events with a tremendous balance of experiences from his professional sporting career, corporate life and charity roles.  He is highly entertaining and motivating 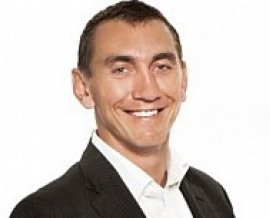