Mark Woodforde is an Australian former World No.1 doubles player who won all four Grand Slams in both the men’s and mixed doubles. In total, he won 17 Grand Slam titles and was best known as one half of “The Woodies” after his successful partnership with Todd Woodbrige, which included 11 Grand Slam titles and an Olympic gold.

Over the past 12 years Mark Woodforde has been one of Australia's most successful players in world tennis.

In singles he has won four ATP tour events in Auckland, Adelaide (twice) and the US Pro Championships in Philadelphia. He has had career wins over all of the world's top players and in 1996 established himself as Australia's top ranked singles player.

Mark reached the semi-finals at the Australian Open in January 1996, and followed this with consistent results all year, forcing his way into the Grand Slam Cup. The Grand Slam Cup is for the top sixteen players from the Grand Slam events during the year, with the winner's share being $2 million.

Combining with Todd Woodbridge in doubles tennis, Mark formed the most successful team in tennis history. The Woodies, as they are affectionately known throughout the world, have become modern day legends. In not only tennis, but Australian sport in general!

They hold the record for the most titles won in Professional Tennis, an achievement they secured in June 2000 by winning The French Open ... the only Grand Slam title missing from their impressive list of titles. The Woodies have won over 60 titles, Three titles more than equal 2nd placed John McEnroe & Peter Fleming and Bob Hewitt & Frew McMillan. These teams dominated doubles tennis in the mid 60's and mid 80's. 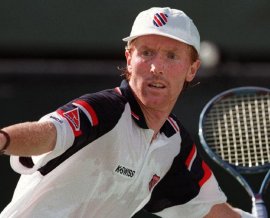