A bright media talent within the AFL industry

Established as one of the AFL’s elite midfielders, Kane Cornes’ ability to shut down key opponents and win a mountain of the ball himself redefined the role of a tagger. With four Best and Fairest’s and a place in Port Adelaide’s inaugural AFL Premiership to his name, Kane is a great of the Power and as a result, was inducted into Port's Hall of Fame in 2018. Kane surpassed previous games record holder Warren Tredrea in 2013, and finished his career with 300 games, retiring midway through the 2015 season.
Widely regarded as a very bright media talent within the AFL industry, Kane is a member of the FIVEaa and Crocmedia AFL teams, is host of the Nine Network’s Footy SA and a panellists on the Sunday Footy Show. Kane also writes weekly column in The Advertiser, which often creates plenty of discussion with in the AFL communities.
Kane is now well known for his ever growing media presence. He is co-host of the SEN1629 SA breakfast radio show with Andrew Haye as well as host of the 'Captains Run' show on Friday mornings on SEN1116 Melb & SEN1629 SA. Kane also provides 'Expert Comments' for AFL Nation Radio Matches across Australia and hosts the Footy SA TV show on Nine Adelaide on Monday nights. He is a member of Nine’s 'Sunday Footy Show' as well as co-host of ‘The Round So Far' on Saturday nights on AFL.com 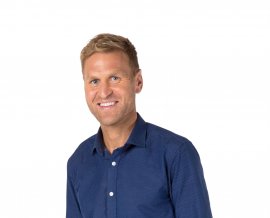