John Fitzgerald, who grew up on a farm in South Australia, began hitting against a brick wall as a four year old.

Although he won six singles titles, “Fitzy” was best known for his doubles prowess, being ranked No.1 in the world in July 1991.

He played most of his doubles with Swede Anders Jarryd. He won 30 doubles titles, including seven Grand Slam crowns (two French Opens, two Wimbledons, two US Opens and one Australian Open), and was a finalist at 31 other events.

He represented Australia in Davis Cup for 10 years, during which he compiled a 19-14 win–loss record and was a member of two championship teams (1983 and 1986).

His singles ranking peaked at No.25 in January 1989. Fitzgerald is married to Jenny, with whom he has two daughters, Elizabeth and Bridget, and a son, Patrick.

He later captained the Australian Davis Cup team for nine years from 2001 to 2010, leading the Aussies to the Davis Cup title in 2003 against Spain in Melbourne. 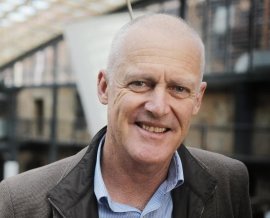