Jamie Charman joined the Brisbane Lions back in the 2000 AFL National Draft. Charman earned an AFL Rising Star nomination and was named Lion's Best Rookie in 2002. He was also a member of the 2003 Lion's Premiership-winning side and named in the Lion's Team if the Decade in 2006. After 129 matches as a premiership ruckman he retired from the field in August 2011 after an ongoing Achilles injury kept him from the game.

Jamie held a consultancy role with the Brisbane Lion's, as well as joining the club's corporate team in business development. He then moved into a corporate role with a property consultancy company.

A Queenslander at heart, Jamie has called Brisbane home for a number of years and possesses a unique perspective on the local market. His depth of experience of developing, listing, buying and selling property, along with his valuable network of contacts and impressive negotiation skills led him to establish his own buyer’s agency, Charman Property Co.

Jamie saw a gap in the market for a more modern, client-focused Brisbane buyer’s agency that provides expert advice to secure the finest property on the best possible terms. His personalised approach allows him to take the time to build a deep understanding of his client’s needs, treating the purchase as if it were his own.

Jamie is available to host or co-host events, appearances and Q & A sessions. 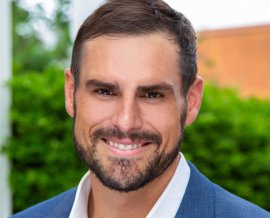