With six Olympic Games under his belt, he is an inspiration.

As one of the nation’s greatest rowers, James Tomkins is the only rower in history to win world championship titles in every sweep oar event. Having participated in six Olympic Games, James is a true inspiration to any audience.

In 2010, James was awarded the International Rowing community’s most prestigious award ‘The Thomas Keller’ medal.

Taking the rowing world by storm in 1990, James joined Mike McKay, Nick Green and Andrew Cooper, to become the “Oarsome Foursome”. The quartet became victorious in the 1990 and 1991 World Championships, and the 1992 Barcelona Olympic Games.

In 1998, the “Oarsome Foursome” returned to international competition and rowed, winning gold at the World Championships in Cologne. At the same regatta, James teamed up with Nick to win gold in the coxed pairs.

In 2000, James teamed up with Matthew Long, and the pair competed and won James’ third consecutive medal at an Olympic Games.

Competing in at his sixth Olympics at Beijing, James was awarded the honour of carrying the Australian Flag at the opening ceremony of the games. James is one of Australia’s greats in sport and rowing. 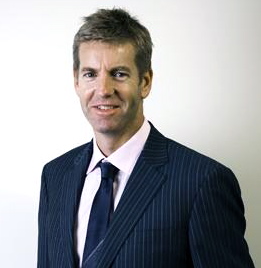