Harry Kewell is a Sydney Native who was just like so many other kids growing up, he enjoyed school more at lunch than in class. The reason - he loved sport and especially soccer. At a young age he decided that soccer was his passion and no matter where he went he took a ball with him.

By the time Harry turned 14 he went with his Local Marconi club to play overseas and at the age of 15 he was awarded a scholarship to Leeds United to see how things work. By the end of his month at the club they signed him up and within a year he was a Leeds United player.

Harry played three seasons in the Leeds United junior team and in his first game for them he scored his first hat-trick. Kewell was handed his first team debut at the age of 17 and the first goal he scored for Leeds came in October 1997.

In the 2000 season which was his most successful season at Leeds he won the PFA Young Player of the Year and was selected in the PFA Team of the Year, Harry’s efforts at Leeds United gained him international recognition and he scored 45 goals in over 180 appearances for Leeds.

Harry completed his season by scoring seven goals for the 2004 Premier League season he also finished as Liverpool's top scorer in the UEFA Cup which ended Kewell's season total of 10 goals.

In May 2005 Harry Kewell became the only Australian-born player to win the UEFA Champions League, playing in Liverpool's win over Milan in the 2005 Final.

In 2008, reigning Turkish Süper Lig champions, Galatasaray, signed Kewell to a two-year deal and in the 2010 season, Kewell scored 14 goals in 28 matches in all competitions. He netted 9 times in 17 league appearances and his contract was extended for a third year.

In 2011 it was announced Harry signed a three deal with A-League club Melbourne Victory. Melbourne caught "Kewell Fever" with many hundreds of fans welcoming him at Melbourne Airport and over two thousand fans attending AAMI Park, where he was given his team jersey.

In his first A league first season he showcased his talent resulting in a few best on ground performances.

Kewell did not continue with the club after his first season and returned to Europe to be closer to his mother–in–law as she battled cancer.

On the 26 March 2014, Kewell announced his retirement from professional football at the age of 35.

Harry is a member of the Executive Committee of the Australian Professional Footballers' Association. 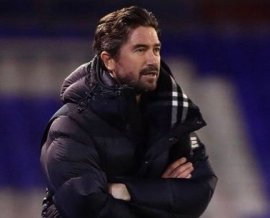