Garry Lyon is a well-known and idolised football player and coach. He is also known for being featured on television, radio and newspapers and has also coached during the International Rules Series.

His impressive football skills were brought to public attention in 1986 when he joined Melbourne Football Club, and two years later played in Grand Final against Hawthorn. Garry quickly became a leading player in AFL and won the Melbourne Football Club Best and Fairest Award in 1990. A year later he was given captaincy of Melbourne and become the longest serving captain in club history.

Retiring in 1999 due to increasing back issues, Garry finished his successful career having won two Melbourne Nest and Fairest Awards and three All-Australian teams. His footy career spanned across 226 AFL games during which he scored 426 goals, the third all-time best for a Melbourne player.

After retiring, he became a frequent panellist on The AFL Footy Show before co-hosting the program after Eddie McGuire’s departure. He also worked on The Sunday Footy Show alongside James Brayshaw and was a presenter during Nine’s coverage of the 2006 Melbourne Commonwealth games.

Aside from football, Garry enjoys writing and is a columnist for The Age newspaper and has co-authored several children’s books, including the Specky Magee series alongside Felice Arena.

As a sporting hero, Garry Lyon will brighten up any event and is sure to impress every guest. 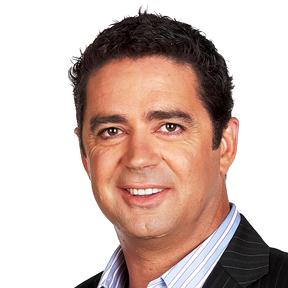