Evonne Goolagong Cawley MBE, AO, is a Wiradjuri Aborigine. She has been Australian of the Year and Australian Sportsman of the Year. In 1988 she was inducted into the International Tennis Hall of Fame at Newport Rhode Island and the following year, into the Aboriginal Sporting Hall of Fame.

At Barcelona in 1992, she became one of the first ever international Olympic torch bearers and later at Monte Carlo, was part of the successful Sydney 2000 bid. Evonne served on the National Indigenous Advisory Committee to SOCOG at the games. In 2003 Evonne received the IOC Women & Sport Trophy for her services in those fields.

In her glorious tennis career Evonne was ranked the number one player in the world in 1971 and 1976. In total she won 92 pro tournaments, was a finalist in 18 Grand Slam events winning Wimbledon twice, the Australian Open four times, the French Open once and was runner up four years in succession at the US Open. At her second Wimbledon triumph in 1980 Evonne became the first mother to win since Dorothy Lambert Chambers in 1914.

She represented Australia seven times in the Fed Cup winning in 1971, 1973–1974 and was Australia’s Fed Cup Captain from 2002–2004. In 1991, prompted by the death of her mother and determined to expand her knowledge of her Aboriginal heritage, Evonne left the USA to reside in Australia.

In 1993, her autobiography 'Home! The Evonne Goolagong Story' was published and became an immediate best seller. With Sir William Deane, she has been the Co-Patron of Reconciliation Australia. In 1995–1996 she was a board member of the Australian Sports Commission. In July 1997–2001 the Federal Government appointed Evonne as a consultant in Indigenous Sport forming The Evonne Goolagong Sports Trust to review Aboriginal sports facilities and raise funds to finance new facilities and equipment.

In 2003 the ASC presented her with The Margaret Pewtress Memorial Award for her services to sport. From 1998– 2005, Tennis Australia appointed Evonne as a “Tennis Ambassador” and together they formed the national Milo Evonne Goolagong Getting Started Program to increase overall female participation in tennis throughout Australia. In 2007 –2011, Evonne was a Board member of the Indigenous Land Corporation and in 2008, was elected to the board of the National Centre of Indigenous Excellence. In 2011, Evonne received the Ella Award for Lifetime Achievement in Aboriginal and Torres Strait Islander Sport.

Since 2005, Evonne has run the Goolagong National Development Camp for Indigenous youngsters with potential to become pro players, coaches or administrators from the program, 19 youngsters have received tennis scholarships, six are qualified Level 1 coaches and four work in sports administration. In 2012, under the auspices of the Evonne Goolagong Foundation and in conjunction with Tennis Australia and the Government Learn Earn Legend! initiative, Evonne as an LEL Ambassador, will conduct Tennis Come and Try Days nationwide giving access to state camps. These will feed into the GNDC using tennis to promote health, education and employment. 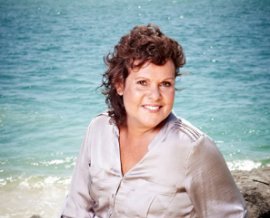