Holding an incredible understanding of what it takes to achieve

Dean Vickerman is a well-respected, experienced and championship-winning head basketball coach, currently serving as Head Coach of Melbourne United of the National Basketball League in Australia.

Vickerman grew up in the country town of Warragul and is a product of the Basketball Victoria system, beginning his on-court life with Dandenong and then onto the NBL, playing for the Melbourne Tigers. When Dean finished his NBL career, his interest in coaching peaked, leading him to work as Development Officer at Basketball Victoria and then as the Coaching Director with Geelong.

His transition to coaching came naturally, and the rest is history. Between 1997 and 2001, Dean served as the Assistant Coach for the North Melbourne Giants, Head Coach of Rockhampton Rockets, and Assistant Coach of the Sydney Panthers.

Dean became the Head Coach of the Wellington Saints in 2002, before taking a position as Head Coach with Melbourne University, guiding his team to a Big V title in 2004. He served as the Assistant Coach and Head Coach among several teams across the world, including the Singapore Slingers, the New Zealand Breakers, and the Waikato Pistons, a position where he earned “Coach of the Year” honors in 2009 and 2011.

In 2014, Dean guided the New Zealand Breakers to their fourth NBL Championship in five years, and in 2018, he guided Melbourne United to an NBL Championship. He was awarded consecutive NBL Coach of the Year in 2018 & 2019, reinforcing his standing in the game as one of Australia’s most successful coaches.

In 2018, Dean coached Melbourne United to a convincing win against NBA team, Philadelphia 76ers, in a pre-season exhibition game. 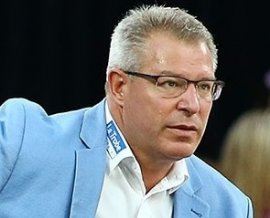