Carla Dziwoki is a perennial high-achiever. She has played netball for Australia, is a well known face in the media and guides our elite Australian cricketers as National Transition and Welfare Manager for the Australian Cricketer’s Association.
In 2015, Carla capped off a successful career that spanned two continents and over a decade of playing netball at an elite level. Born and bred in South Australia, Carla moved away from home to accept a scholarship with the Australian Institute of Sport at the age of 20. Dziwoki went on to play for the Queensland Firebirds in the Commonwealth Bank Trophy (premier Australian Netball League at the time).
Carla went on to play in the UK for three seasons (twice for Team Northumbria, once for Leeds Carnegie) before returning to the Queensland Firebirds before having stints with NSW Swifts and the Melbourne Vixens.
After shifting her focus away from the court, Carla starred on Channel Nine’s high rating series ‘The Block‘ in 2018 with former teammate and netball champion, Bianca Chatfield. Carla was the design lead behind the pair’s stunning penthouse conversion, with judges Neale Whitaker, Darren Palmer and Shaynna Blaze describing her style as ‘sophisticated’, ‘luxurious’, and ‘flawless’.
Carla’s dedication to health and fitness and her genuine interest in fashion and beauty means her followers on social media aren’t there just because she was a contestant on their favourite show, but for her personal aspirational qualities. 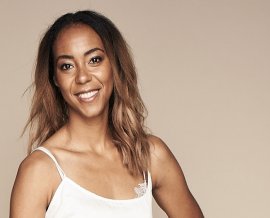