A successful coach with a passion for team work, goal setting and motivation

As one of the most successful Australian club coaches, Ange Postecoglou has led teams to two premierships, four championships and a continental title, all whilst creating history when he coached the Brisbane Roar through 36 games without a loss.

Ange was previously a National Youth Coach for the Football Federation Australia. His coaching and playing career has spanned over thirty years, having been a Socceroo from 1986 to 1989.

Starting his coaching career in 1993, Ange was the Senior Coach for Western Suburbs in the Victorian League. He also worked at the South Melbourne Soccer Club, as well as being the assistant coach of the Socceroos’ in the 4 years leading up to the 2004 Athens Olympics where he was a member of the coaching staff for the Australian team.

In 2000, he became the Australian National Youth Coach for under 17's and under 20's. His successes in the position led to Oceania Champions for both age groups in 2001, 2003 and 2005, as well as making the FINA World Cup Finals for both age groups. Ange’s teams have also won tournaments’ in Asia and South America over the past seven years.

Involved in a variety of media, including radio, print and television, Ange is passionate about all things sport. He is an accomplished speaker who delivers a high energy speech encompassing team building, goal setting and motivation. 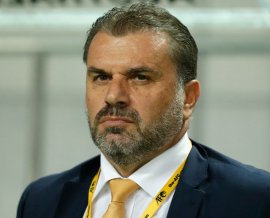