A household name in the AFLW

As an AFLW star, Abbey Holmes is passionate about leading change in sports. Her sporting profile continues to rise, making her a household name across the nation. Abbey works both within the sport and the media as a proud representative and passionate ambassador for equal sports.

In 2019, Abbey was a popular contestant on ‘Australia Survivor’, where she was part of the All Stars team.

In 2014, Abbey made sporting history when she was the first female Australian Rules football player in Australia to kick 100 goals in a women’s league where she played for the Waratah Warriors in the NTFL. This achievement earned Abbey an invitation to the EJ Whitten Legends charity football match, raising awareness and funds for prostate cancer research.

With an impeccable AFLW career, including finishing in the club’s top 5 for score assists, season highs for disposals and goals as well as continually leading the team’s goal kicking tally, Abbey has played a huge role in both AFLW and the broader AFL media coverage.

As a speaker, Abbey is passionate about sharing her journey, intertwining her incredible life story with topics of risk taking and change management. She speaks openly and honestly, discussing her ‘Survivor’ experience as well as dealing with the failure of her activewear business Esnetica. 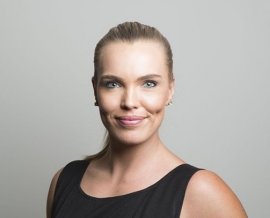