Born in Southampton UK having completed Uni, he caught the travel bug, and entered the Airline world.

Holding several Sales Management positions with British Airways, including London and Sydney. He was invited by British Airways to represent the UK Sales force in the BBC documentary “MISSION TO SELL” explaining the sales role and that of his team selling in the Enterprise space.  After 10 years, he needed a change, joining Sir Richard Branson at Virgin Atlantic Airways as his Sales Manager London and Southern England. Towards the end of his first year with Richard, he was approached by Delta Airlines to lead their sales operation as UK Sales Manager where he stayed for the next 3 years.

Emigrating to Brisbane in March 1997, He re-entered the Enterprise environment joining Telstra in 2000 as a Senior Account Executive, becoming the Account Director for QLD in 2005 for the Large Corporate team in Enterprise and Government.

In 2011 he was approached by the Directors of the Helensvale Group ( a Telstra partner based in SE QLD) to establish their Call centre operation and develop their sales team to sell in the Enterprise space. Four years later, with year on year growth of 155%, he decided to look to new opportunities.

Having spent his entire corporate working life in Sales, studying, practicing the art of influencing and persuading clients and staff, he has decided to share his wealth of experience with the Australasia market. He has a strong mix of real life stories with “working techniques” to inspire, motivate and thought provoke the most hardened sales professionals. He is  now a full time presenter, training coach and principal at Head Space Training. He is accredited and facilitates in Belbin, Neethling Brain Instruments (Personality profiling ) and Behavioural Science Systems, a scientific diagnostic tool  identifying performance in Executive leadership, sales and support teams. He holds Cert iv in Training and Assessment.

Tony enjoys cycling, session studio work and has a passion for Helicopters and German Sports Cars. 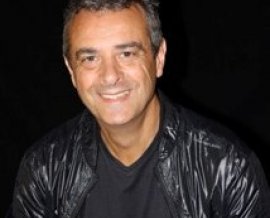