Leaving her hometown at age 16, Wendy busked her was through Canada, the USA and Mexico before settling in LA. Wendy, with her untrained voice, was taken in by Little River Band frontman Glenn Shorrock who invited her to Australia.

Wendy has since seen wild success, with over 1.5 million albums, and 7 Aria Awards. 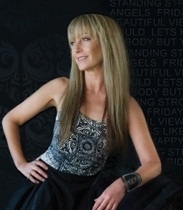