Formed in 2002 by James Ash, Rogue Traders consists of himself on the keyboards, Tim Henwood playing guitar, vocalist Natalie Bassingthwaighte and Cameron McGlinchey on drums.

The band has held six Top Ten Hits and multiple platinum selling albums, cementing their place in the Australian music scene. They have played both nationally and internationally, including at London’s Wembley Arena and Melbourne’s Palais.

The band is renowned for their rock riffs and electric style alongside fantastic vocals and passionate musicians. As a band, the Rogue Traders have established themselves as one of the most successful musical groups in recent Australian Music History. 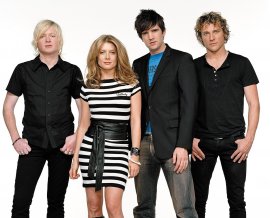