Our first lady of song, amazing vocalist with decades of hits

There is something truly spectacular about award winning singer and songwriter Kate Ceberano. Whether it is her soulful voice, her charismatic nature or exotic looks, she has become a legendary Australian icon who has been in the Australian music industry for over twenty-five years.

Kate Ceberano has defied all the odds and continues to find success in all that she does. She earned an ARIA Award for her second album and Best Female Artist (1988). One year later, she won another ARIA for Best Female Artist (1989), as well as one for Highest Selling Single (1989) for Bedroom Eyes from her triple platinum album, Brave. At the end of 1990, she received three prestigious MO Awards.

In 1992, Kate performed the role of Mary in Jesus Christ Superstar. The album from the show was the biggest hit of the year - going an incredible 4 times Platinum.

In 1993, Kate won a Logie Award for Most Popular Music Video for ‘Everything’s Alright’ taken from the show. Kate followed this with her own late-night cabaret-style show on ABC TV called Kate Ceberano And Friends (1993-1994).

In 1996, Kate released her next solo album Blue Box, which went Gold and saw her nominated for another Best Female Artist ARIA. In 1997 Kate wrote and released what has become an Australian classic - Pash. It went Gold and established Kate as one of our leading female songwriters.

She re-released her beautiful ‘Merry Christmas’ album which became the official National Breast Cancer Foundation Album with proceeds from each sale going towards the foundation.

Kate Ceberano is known to support and bring awareness to causes close to her heart; recently being appointed the Victorian Ambassador for the National Breast Cancer Foundation. 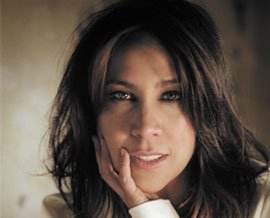