A man who loves and lives music.

Joe Camilleri, writer of milestone Australian songs such as So Young, Hit And Run, Shape I’m In, Hold On To Me, Harley and Rose, Chained To The Wheel and Never Let Me Go, has given his life to making music in this country.

Leader of two of this country’s most successful bands, Jo Jo Zep and The Falcons and The Black Sorrows, Joe’s music has become part of our lives.

In the early ‘80s Camilleri and friends started up a new band, The Black Sorrows. Originally a ‘just for the fun of it’ outfit, The Sorrows have released 12 albums over the past fifteen years and sold well over a million albums world-wide.

The Black Sorrows has always been an elastic band and over its life has been home to some 32 of Australia’s finest musical talents. Vika and Linda, Jen Anderson, Stephen Hadley, Michael Barker, Peter Luscombe, Nick Smith, Ross Hannaford and James Black (just to name a few) have all been part of the fertile Joe Camilleri/Black Sorrows fold and all have gone on to play with the best of the best in this country.

The Black Sorrows continue to be one of Australia’s most successful touring bands. They have played all round Australia and all over the world. In 1990 The Sorrows won the ARIA Award for Best Band.

The Black Sorrows albums Hold On To Me (1988), Harley and Rose (1990) and their greatest hits compilation The Chosen Ones (1993) each amassed triple platinum sales with the bands’ other releases collecting gold and platinum sales.

Joe is also highly regarded as a producer having produced all The Black Sorrows records and more recently albums for Tiddas, Overnight Jones, Renee Geyer and many more. He also owns and runs one of Melbourne’s best recording studios, Woodstock Studio.

Joe Camilleri is one of the most committed and successful musicians this country has ever produced – a man who loves and lives music. 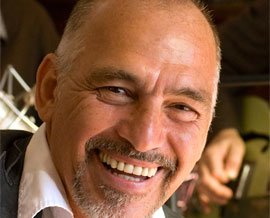