Coming from the indigenous tribe KuKu Yalanji, Jessica Mauboy has achieved enormous success across multiple platforms including music and movies. She captivates a room with her vivacious energy and impeccable vocal skills.

Jessica started her musical debut auditioning for Australian Idol and from there her popularity quickly grew. She released her debut album titled ‘Been Waiting’ which achieved Double Platinum status. Her next album titled ‘Get Em’ Girls’ is a Top 10 Gold Album. In 2011 she cemented her place in the Australian music scene with her first sold out national tour. Within the same year, Mauboy also found herself invited to perform for Oprah Winfrey and Barak Obama.

Aside from music, Jessica has also dabbled in various acting roles. In 2010 she starred alongside Geoffrey Rush in the critically acclaimed musical ‘Bran Nue Dae’. Two years later she had a role in the movie ‘The Sapphires’ for which she won Best Supporting Actress. Most recently, she has starred in her own drama television program titled ‘The Secret Daughter’, which proved to be popular amongst Australian viewers ensuring a second season.

For her impressive achievements, she has received many awards including several ARIA awards, numerous Indigenous music awards and was titled 2012’s Northern Territory Young Australian of the Year. Jessica also represented Australia at the 2018 Eurovision Song Contest.

Mauboy is also a proud role model for the indigenous community and is constantly seen getting involved with organisations that assist with mentoring, performing and education. 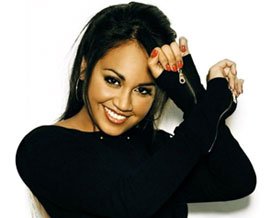