James Reyne is one of Australia’s most beloved musicians with a career spanning over 30 years. He makes an immediate connection with any audience he is put in front of and impresses them with his distinctive vocals.

Initially starting as lead singer of Australian Crawl, James began to climb the music charts as a solo singer and achieved further success. To date, he has released nine solo albums in his 28 years of being a solo artist.

As well as being a musician, Reyne has also hosted Dig TV for ABC 2, dabbled in some acting jobs and been involved in hosting and interview roles for Foxtel VH1 specials.

James’ voice has also been featured on two children’s books, ‘Mr Froggy Went A Courtin’’ and ‘Save The Bones For Henry Jones’.

Determined not to be lost in the sea of Australian music, James Reyne’s impressive skills have kept him afloat and his popularity amongst the public has been unwavering. 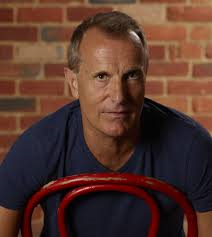