He delivers an unforgettable sound

Respected as one of Australia’s iconic musicians, Ian Moss delivers an unforgettable sound. Born and raised in Alice Springs, Mossy started playing guitar in local teenage bands but moved to Adelaide after failing one of his high school years, planning to repeat in the big city. Fate intervened when he answered an advertisement for a guitarist in a shop window in 1973, joining the band that was to become a legend in Australia – Cold Chisel. After Moss joined organist and principal songwriter Don Walker and drummer Steve Prestwich, the group took shape with singer Jimmy Barnes and eventually bass player Phil Small, starting the hard grind of playing gigs on the back of flatbed trucks and in suburban hotels. Barnes remembered young Mossy as “a boy from the bush who didn’t wear shoes but played fantastic”. They hit the road and paid their dues, playing countless one-night stands across the country.

The reputation and status of Cold Chisel steadily grew, mainly on the strength of blistering live shows, and in time their well-crafted recordings became staples of radio airplay. By 1980, with the release of the seminal East album, Cold Chisel was the biggest band in the country. Moreover, they defined a national sound – hard-driving rock chased by a shot of blues, lyrics depicting the Australian experience and resonating powerfully with young working class fans.

Moss’s voice began to shine through such seminal Cold Chisel songs as Never Before, Bow River (written by Moss) and a gorgeous rendition of Ray Charles’ Georgia. However, efforts to translate overwhelming Australian success to Europe and the United States failed to gain traction, serving to demoralise, frustrate and eventually dissolve the band at the height of its creative powers. While the band’s Last Stand tour in December 1983 closed an important chapter in Ian Moss’s musical career, Cold Chisel remains one of Australia’s favourite bands long after its demise.

Enjoying the status of Australia’s best guitarist, Moss carefully evolved into a solo artist of the same calibre and commanding the same respect as Cold Chisel.  After five years of patient nurturing, Moss released his debut single Tucker’s Daughter in January 1989, and caused an immediate sensation. The anthemic song – which Moss wrote in collaboration with Don Walker – sat in the Top 10 for 11 weeks and hit No 1 for two weeks, achieving gold sales status after 15 weeks and selling more than 73,000 copies. Moss’s second solo single, Telephone Booth, was released in June that year, hit the Top 10 and remained in the Top 20 for 10 weeks. 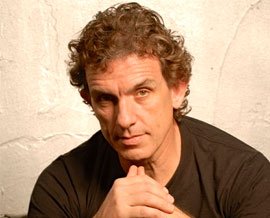