'Help Is On Its Way' at your next event, with countless hits to enjoy

Glenn Shorrock’s music career has spanned across forty years cementing his success within the Australian entertainment industry. Glenn is sure to impress and entertain your guests.

Migrating from England at age 10, Glenn always appreciated music and was a self-confessed child of rock ‘n’ roll. In 1962, he began singing with the vocal group The Twilights. Three years later, The Twilights became a six-piece band producing hit after hit, including ‘Needle in a Haystack’, ‘What’s Wrong with the Way I Live?’, ‘Cathy Come Home’ and ‘Young Girl’. The band eventually split ways in 1969.

Shortly after the dismantlement of The Twilights, Glenn formed Axiom with Brian Cadd. The band’s biggest hits included ‘Arkansas Grass’ and ‘Little Ray of Sunshine’. The band split after moving to London in 1970.

Glenn remained in London, working as a singer and songwriter with other ex-pats and Europeans in a rock band called Esperanto.

By the end of 1974, Glenn returned to Melbourne as lead singer of newly formed Little River Band. They were managed by Glenn Wheatley, and managed to get noticed by the United States market, a feat which was very rare during that time. The band began a string of eight Top Ten Hits across America and in other international countries, opening the door for other Australian acts to get noticed internationally. Little River Band sold over 25 million albums and on its 20th anniversary, Glenn fronted the band on a three-and-a-half-month tour across America.

A one of a kind performer, Glenn Shorrock is an incredible artist who will entertain any audience at any event. His impressive skills have stood the test of time within the entertainment industry, a testament to his incredible musical talent. 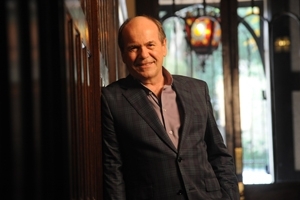