A favorite of audiences, Daryl performs all of the hits that we love and remember

As a beloved and well-known Australian singer, Daryl Braithwaite's career spans over thirty years. He is one of the nation's award winning and premier performers, with a voice that perfectly captures the mood of any song.

Daryl's initial success as a singer came with the band Sherbet, which produced twenty national Top 40 singles and topped the one million dollar mark in album sales in Australia. With songs including 'Summer Love' and 'Howzat', they saw success not only in Australia but around the world.

Becoming a solo performer in 1988, Daryl released the album 'Edge', which spent over a year in the Australian music charts. The album showcased four hit singles including 'As The Days Go By', 'All I Do', 'Let Me Be' and 'One Summer'.

He has toured extensively in Australia, Canada, USA, UK and Europe, performing to crowds around the world. Daryl's voice is one that will never fade away 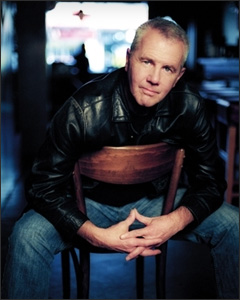