Tom's motivational insights enable organisations to prepare for a global shift towards value-based consumerism, where making a profit is anchored in the activation and communication of a purpose driven economy.

It is not unusual for a 16 year old to be kicked off an English class, but it is unusual for that 16 year old to pick up a flyer in the hallway outside of that class, that would change his life forever. The flyer was advertising the opportunity for a few ambitious students to head to the states on exchange, and following his heart, that is exactly what Tom did.

Not long after arriving in the USA, a date with destiny arrived and Tom was asked to act as a representative for millions of his peers at the UN world leaders summit. For Tom this was an amazing opportunity yet also revealed a startling truth. Tom realised that only a small population of the world’s ‘privileged’ youth were able to contribute to social change forums, when in reality millions of others were also passionate about initiating social change projects.

Since that powerful realisation Tom Dawkins has spent the last two decades levelling the playing field ensuring that 100% of society can engage in and benefit from social entrepreneurship. Tom has founded several non-profits including Vibewire, and was the first social media director at global change making organisation Ashoka.

Tom now is co-founder of the only crowdfunding site dedicated to social change makers, ‘Startsomegood’, and is a social-change consultant working alongside social enterprise and corporate organisations looking to stay ahead of the wave, making measurable profit from humanity in business.

His pioneering work in the non-profit space has seen him be the recipient of numerous accolades including innovator of the Year Award by the Nexus Summit and the innovation award at the Australia and New Zealand Internet awards.

He is also frequently featured in the press in publications such as the Financial Review, Sydney Morning Herald, The Age as well as regularly commenting on shows on the ABC network, The Feed and triple J.

Having been invited as a motivational speaker at global events including SXSW, Vivid, SOCAP and the UN's World Summit on the Information Society. Tom now helps corporates unlock the change making potential lying dormant within their businesses, giving them the tools to create an engaged and aligned workforce that meet the expectations and demands of the modern, conscionable consumer.

Tom Dawkins is, without a doubt, one of leading thinkers-and-doers in the emerging social entrepreneur space. He is a constant source of inspiration, engagement and ideas. Australia is lucky to have him.

Deloitte Centre for the Edge 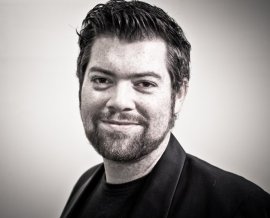