Social Justice issues in an insightful and entertaining presentation

Tim Costello is Chair of the Community Council of Australia and the NAB's SRAC committee.  He is on the Executive of the Alcohol Education Research Foundation and also for AMP's Social Responsibility committee.  As Co-Chair, he has played a prominent role in the Make Poverty History campaign.  He has also taken on Chairing the National Church Leaders Problem Gambling taskforce.

Tim Costello, one of the nation's leading campaigners on social justice issues, commenced as Chief Executive of World Vision Australia in March 2004 and shortly after, Tim was awarded 'Victorian of the Year 2004', by the Victoria Day Award for Public and Community Service.

After studying law and education at Monash University and obtaining his Masters in Theology at the Melbourne College of Divinity, Tim was ordained a Baptist Minister in 1986.  He established a vibrant and socially active ministry at St Kilda Baptist Church between 1986 -1994 and was elected Mayor of St Kilda in 1993.

In 1995 Tim Costello was appointed Minister of Collins Street Baptist Church and Executive Director of Urban Seed, a Christian not-for-profit organisation that provides outreach services and hospitality to the urban poor.  He held this position until his move to World Vision.

Tim Costello is recognised for articulating the social conscience of many Australians on tough domestic issues such urban poverty, homelessness, problem gambling, reconciliation and substance abuse. For nine years he was the spokesperson for the Interchurch Gambling Taskforce and a member of the National Advisory Body on Gambling. He is the former national president of the Baptist Union of Australia. Currently Tim is Chairman of the National Australia Bank external Stakeholder forum, a member of the AMP Sustainable Funds Committee, the Aid Advisory Council and the Alcohol Education and Rehabilitation Foundation.

Tim Costello's passion for justice has compelled him to experience the lives of the poor in the Philippines, Sudan, Cambodia, Brazil, Indonesia and East Timor. What he saw and felt on these trips compelled him to challenge global poverty in the name of his fellow Australians.

He has also written several books including Streets of Hope: Finding God in St Kilda; Tips from a Travelling Soul Searcher and Wanna Bet? Winners and Losers in Gambling's Luck Myth, which was co-written by Royce Millar.

A tireless advocate for the causes in which he believes, Tim Costello is a frequent media commentator on social issues. An inspirational and engaging speaker, Tim's presentations are insightful and entertaining. 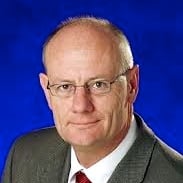