Before his retirement from the High Court of Australia in 2009, The Honorable Michael Kirby AC CMG was Australia’s longest serving judge. He was first appointed in 1975 and served as initial Chairman of the Australian Law Reform Commission as well as on other important courts.

But he has not only been a judge. He has been engaged with Australian society about improvements in the legal system; changes in attitudes to minorities (aboriginals, non-white citizens and gays); and new and challenging issues (animal welfare, HIV/AIDS, climate change and global human rights).

He has served on many international committees and was President of the International Commission of Jurists Geneva (1995-8) and Special Representative of the Secretary-General of the United Nations on Human Rights in Cambodia (1993-6). He currently serves on the UNAIDS Global Commission on Sustainable Health (2013-) and the World Bank’s Arbitration Panel for International Investment Disputes (2010-) (Aboriginals, non-white citizens and gays); and new and challenging issues (animal welfare, HIV/AIDS, climate change and global human rights).

Recent audience praise for Michael Kirby’s speeches (on file) include: “inspirational”, “empowering”, “sensational presentation – a real gem”, “inspiring leader”, “professional”, “engaging”, “informative and fun”, “the best ever”, “three bursts of thunderous applause”, “lots of laughter and excellent Q&A”, “insightful, interesting and had relevance both on a personal and professional level” .

Michael Kirby does not just stand there and read a speech. He goes into the audience, provokes, cajoles and entertains them; as well as making them expand their thinking. 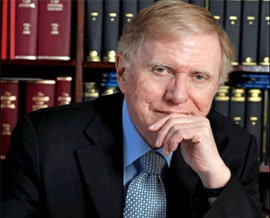