Tania Major, a Kokoberra woman from the remote community of Kowanyama in Cape York Queensland, became the 2007 Young Australian of the Year for drawing attention to domestic violence in the Indigenous community.

In 2004, the 21 year old criminologist came to prominence as the youngest person elected to the Aboriginal and Torres Strait Islander Commission (ATSIC).  Tania used her public profile to campaign for change in the Indigenous community.  She spoke to the media and politicians about sexual violence and rape, appearing on television programs such as Four Corners and Sixty Minutes.  She also famously asked the former Prime Minister John Howard to lift the "blanket of shame" that was preventing domestic violent assaults from being reported.

Tania has been recognised for her work gaining countless awards and accolades. In 2006, she was announced as Queensland's young Australian of the Year and in 2008, Junior Chamber International named her as one of 10 outstanding young persons of the world.

Tania Major is a beacon of hope and a role model for Aboriginal communities in crisis.  With her eloquence and ability to engage Mainstream Australian in the collaborative challenge of seeking solutions to long standing and complex issues such as domestic violence, poverty and education, Tania shows a way forward for Aboriginal Australia. 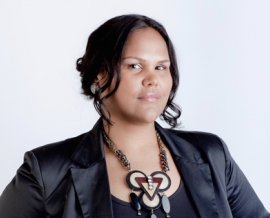